The tragedies of September 11, 2001, will live in the memories of Americans for generations. Located in historic Wright Park, Dodge City’s Liberty Garden was designed as a place of remembrance and solitude. 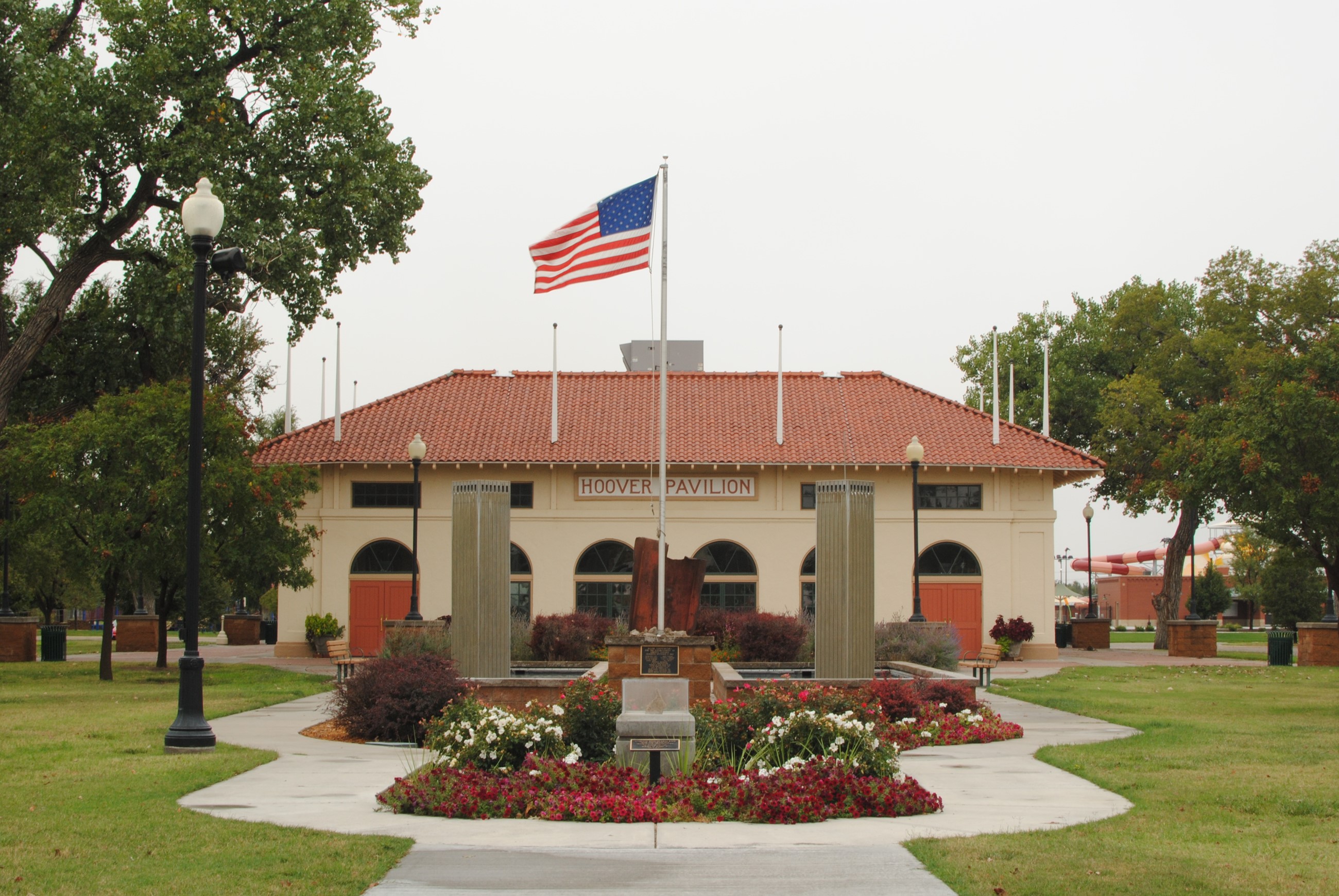 A project of Keep America Beautiful and the Dodge City CREW (Community Recycling Environmental Waste) program, this garden is meant to honor those people who were touched by the attacks on America.

Dodge City was honored to be the first community in Kansas to receive a portion of the World Trade Center. The 4-foot section of steel is placed under the U.S. Flag and between two 110 inch replicas of the twin towers. The 1,200 lb. piece of steel was recovered from Ground Zero in New York City.

Dodge City was again honored to be the final resting place for a piece of Indiana Limestone which was once a part of the facade of the Pentagon in Arlington, Virginia. This piece of limestone was transported across the United States to Dodge City by the Patriot Guard Riders who without question gave generously of their time to make this honorable journey. The process to transport the stone to Dodge City took approximately eleven days, traveling through 9 states on ten different legs. Our gratitude and thanks to the Patriot Guard Riders in Washington, D.C, Maryland, Virginia, Pennsylvania, West Virginia, Ohio, Indiana, Illinois, Missouri, and Kansas.

A piece of Pennsylvania sandstone from the hemlock grove next to the crash site of United Flight 93 was granted to the City of Dodge City by the National Parks Service and was received on September 11, 2006. The sandstone was permanently enshrined at Liberty Garden at the annual remembrance and dedication ceremony on September 11, 2008.

A Place of Honor

Dedicated on September 11, 2002, the Liberty Garden is open to everyone as a place of reflection and honor.

We stand at a critical moment in Earth's history, a time when humanity must choose its future. To move forward we must recognize that in the midst of a magnificent diversity of cultures and life forms we are one human family and one earth community with a common destiny.