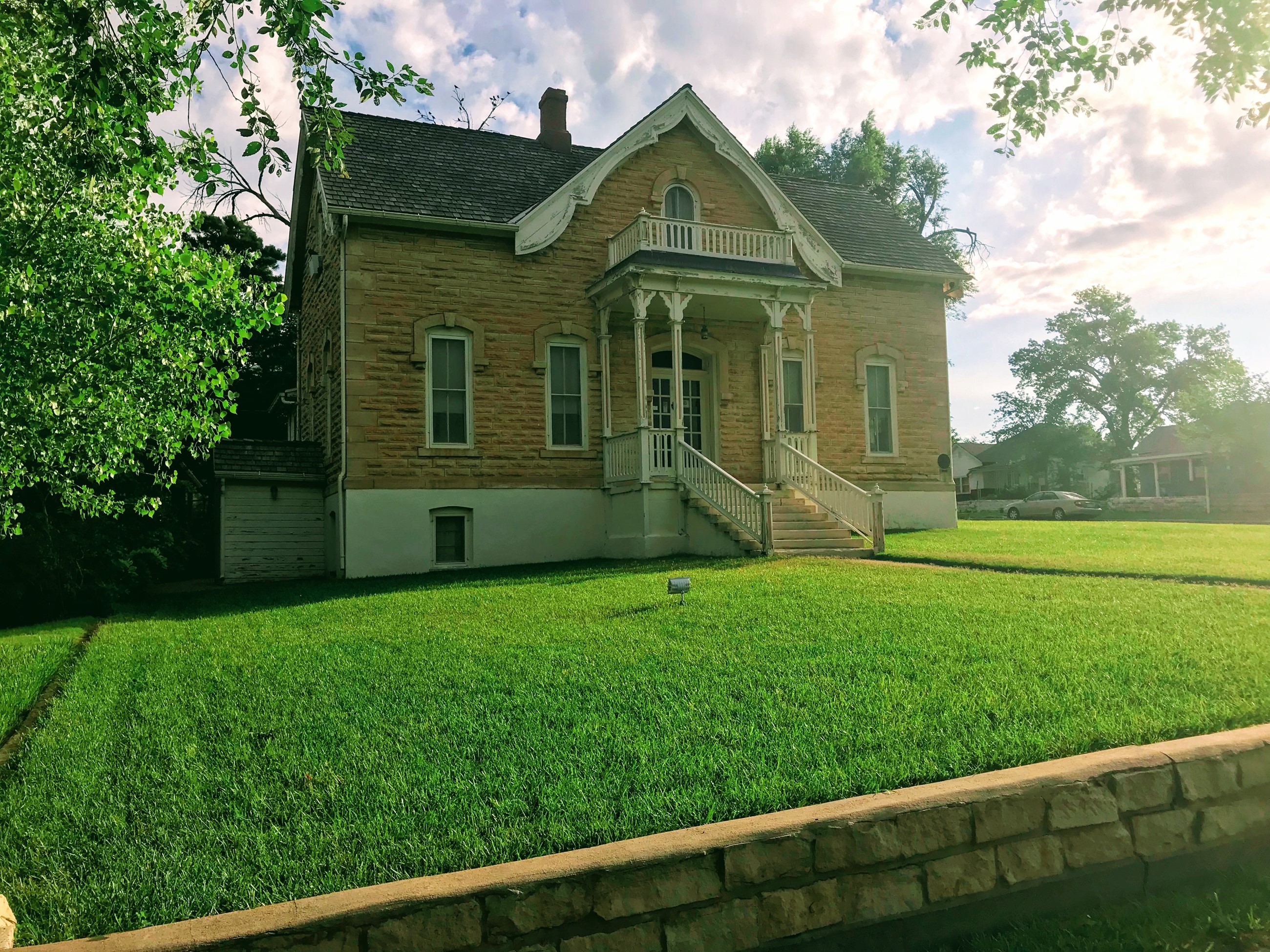 In an 1882 bird’s-eye view of Dodge City, the Mueller-Schmidt House is proudly perched atop a hill northeast of town, alone in its new splendor and surrounded by a yard planted with trees. Built to be one of the most splendid homes in Dodge City, Ford County’s “Home of Stone” lives up to this, even today. It remains the lone limestone house in Dodge City, elegant in its simplicity of line. It can also claim the distinction of being the oldest building in Dodge City that is still on its original site.

The ‘Home of Stone’ was owned by only 2 families; John Mueller, a bootmaker who came to Dodge City to open a boot store. He became so successful he invested in a saloon and became a cattle rancher. After losing all his cattle (75,000 head) in a blizzard, and fire destroyed his boot shop, he and his wife returned to St. Louis.

The home and furnishings were sold to Adam Schmidt in 1890. Adam’s two unmarried children lived in the home until 1960 and sold it with all its furnishing to Ford County in 1965. The Ford County Historical Society curates it for the county.

You can still see the parlor, kitchen, bedrooms, and the exterior of the Mueller-Schmidt House as it was in 1881. Come walk back into history, standing where the pioneers of the Old West and Dodge City lived.

The home is open for viewing beginning in June through August. The home is closed the remainder of the year except by appointment (620-225-8186).